Yale’s Program in Medieval Studies is an autonomous interdisciplinary enterprise, with faculty drawn from many relevant humanities departments - Classics, Comparative Literature, English, French, German, History, History of Art, Italian, Music, Near Eastern Languages and Civilizations, Philosophy, Religious Studies, Slavic Languages and Literatures, and Spanish and Portuguese - along with the Divinity School, the Beinecke Library, and the Yale Institute of Sacred Music. There are some forty faculty members at Yale who work on the various cultures of the Middle Ages. Together we form one of the largest assemblies of specialized medievalists in any university of the United States. Students have access to all of these faculty and to the courses, both graduate and undergraduate, that they offer each term.

The program sponsors lectures, colloquia, and special events throughout the academic year. The Yale Lectures in Medieval Studies bring outstanding medievalists to campus. The weekly Medieval Lunch Colloquium provides an informal atmosphere in which graduate students and faculty discuss work in progress over lunch. We have hosted the Southern New England Graduate Student Medieval Studies Conference (2005 and 2011), Medieval Spring: A Yale Graduate School Alumni Conference (2006), and the annual meeting of the Medieval Academy of North America (2010). We also participate on a regular basis in the Yale-University of Connecticut Working group in Medieval Studies.

Our web pages serve as a forum for dissemination of information about everything that’s happening at Yale in all areas of Medieval Studies, both within the various departments and in the Medieval Studies Program itself.

Origins The Medieval Studies Program began at Yale in 1962. The initiative came from the eminent historian Robert S. Lopez, who for many years served as chair. Yale’s Medieval Studies Program was the third of its kind to be founded in North America. At first, Medieval Studies was an M.A. program to be followed by enrollment in a regular program for the Ph.D. degree. It became a Ph.D. program in 1965. An M.Phil. program (1999-2018) offered graduate students in other departments funding for an extra year of interdisciplinary course work in medieval culture.  Currently, the program welcomes approximately two PhD students each year.

Welcome to the Medieval Studies Program. 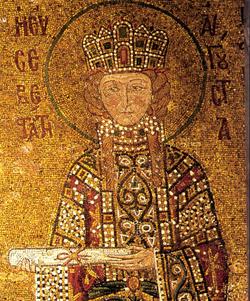 We invite you to explore our website to get a sense of the Medieval Program.